New social networks pop up every now and then, leading the marketing and tech blogging world to collectively proclaim it as the next big thing. Some transcend fad and end up in our hearts like Pinterest, while others caused a freak-out for a few weeks only to disappear into obscurity. In this post, I want to pour one out for the fallen warriors of social media innovation.

Yo, where’d you go? Yo is an app equivalent of a Facebook Poke (which, yes, still exist though have been hidden away. The simple app exploded in June of 2014 as shown with Google Trends for search, below.

After the expl-YO-sion of popularity resulting in over several million installs, Yo received a valuation of $10 million. After that valuation, what happened? Back in February, they released the functionality to use an emoji as a status update. Speaking of February, Yo hasn’t published anything on their Facebook page since then, though they maintain an active presence on Twitter.

Yo iTunes store rank dropped from Top to under 1.2K.

Memory a little fuzzy around Peach? Peach is an app, from the founders of Vine, that lets you send interactive messages to friends. Beyond that, it’s hard to describe, so I’ll let this video do the talking:

Social media pundits pit Peach against Facebook and Twitter, speculating the network would provide serious competition. Peach’s most recent update was published in June and the most recent Tweet, from March.

While the tech world found it promising, interest has waned and it appears as Facebook Messenger has swooped in and Peach users are finding only a few of their friends are on the app.

Peach iTunes store rank falling from Top to under 750.

Nextt wanted to be the… next… social media network, but became the next social media network to fade away. Intended to fill a void within social media networks, connecting users face to face with an app built on making plans with friends. Founder Marck McGuire blogged about the platform’s end in a postmortem, chalking it up to being stuck in “The Big Middle“; not paying attention to consumer insights post-release. Nextt didn’t even blip on the Google Trends radar.

Not a social network for Peaky Blinders, Ello came out of nowhere in September 2014. Everyone freaked out and signed up. 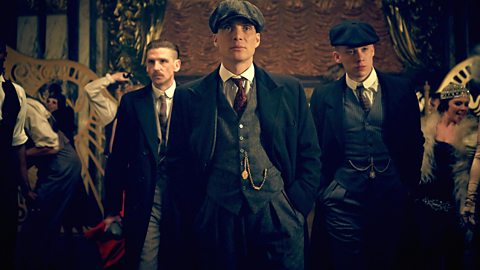 Need a refresher? “Ello is the only network designed for creators, by creators.” Ello also differentiated itself by building a platform that wouldn’t sell user data or serve ads. Most recently, Ello added “Buy” and “Hire Me” buttons, allowing creators to sell their work or work on commission.

Ello iTunes store rank dropping from Top to over 1K.

According to Ello’s founders, they never expected such a rush of initial popularity, which could explain why it has since faded out of the memory of most. Though it has faded from view, Ello seems to have built a lasting community. After visiting the site for the first time since it launched, it looks as if Ello is to Tumblr as Vimeo is to Youtube, a space dedicated to the more artistically inclined.

There are so many social networks and apps that spend a few minutes in the spotlight only to fade away. Which ones did I miss? Are you using any of the 4 … 3 (sorry Nextt) apps above?