Jun 04 Um, Your Microphone is On: How a Raleigh Bakery Screwed the Pooch 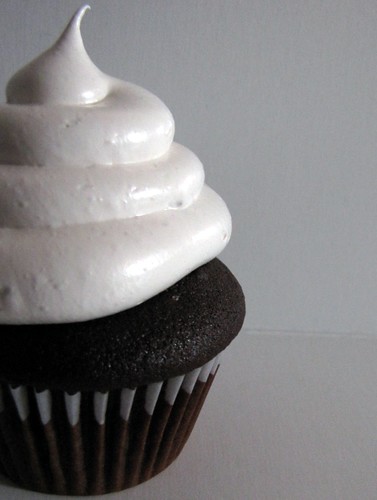 Nothing we say online is private. If you post something to your Facebook, Twitter, Tumblr or Flickr page, the world can know about it. When you communicate via a social media portal, it is the equivalent of being at a crowded party with a microphone. Everyone has a microphone at this party, but not everyone is using theirs. So when someone approaches you at this party and whispers in your ear that you’ve done something to offend them, try not to call them the “C word” by shouting through your microphone. You see, the record will scratch and the party will come to a halt. People don’t like to be offended, and when you offend one person online, you offend A LOT of people online. Here’s what happened on Tuesday with a little Raleigh, NC bakery that has been a shining example of how a small business should NOT do social media.

Crumbs, Cakes, and other “C” Words

Crumb is a lil’ bakery with attitude. There’s certainly nothing wrong with that. In fact, this Indy article seems to make the bakery feel like just the type of hip/edgy/tasty place we need in The Triangle. Heck, just the description of the cupcakes make them sound like some of the most awesome things ever: Chupacabra, anyone? (Stout cake with raspberry tequila filling and PatrÃ³n XO buttercream. WHAT?!?) But for as well as the proprietors of Crumb seem to understand making delectable goodies, they lack the kind of social media know-how to help their business.

I’m not going to go into all the nitty gritty details, because there are other articles that do it better than I can (see Jezebel or The Gloss), but the jist of it was that someone was offended by the store’s slogan, “So Good It Makes Fat People Cry.” Not a huge surprise there. The slogan was a joke, and not everyone has the same sense of humor, so the offended person, Diane, sent an email to the proprietor of Crumb, letting her know just how the slogan made her feel. No big deal, right? Thanks for the feedback, sorry to offend you, we are playful and hip and sometimes rubbing people the wrong way can garner attention and help us sell more tasty cupcakes, here’s a free cake, right?

Instead of taking Diane’s suggestion and making changes or apologizing in a understandable manner, Crumb’s co-owner, Carrie, did what any upset person would do: she tweeted awful things about Diane and incited a riot online. Including calling her that most hated of all cusses, the “C” word. Whoops. She tweeted from her personal account, @sparkoler, but what she didn’t realize was that as personal and private as it may seem, nothing you say online falls on deaf ears. From the store’s Twitter account, @JustCrumb:

Things we learned on Tuesday: Apparently we do not have private Twitter accounts anymore. Everything is business. Lesson learned.

Perhaps the bigger lesson to be learned here is that if you are a business owner or are somehow responsible for the image of your business, you had better keep your mouth shut if you don’t have anything good to say. It disappoints me enough to see status updates crammed with boohoo’s about people not wanting to be at work, or hating their jobs or talking smack about the people who hired them, and it especially irks me to encounter those who lambast the customers who purchase their products or services. The lesson here is also that social media can get you in a lot of trouble if you aren’t careful. Especially for young businesses. BP is going to get run through the gauntlet until heaven heats up, but they are still profitable because they are a gazillion dollar brand. But if you’re just selling cupcakes down my street, you might want to grin and bear it when people have something to say about you.